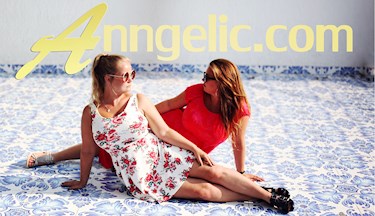 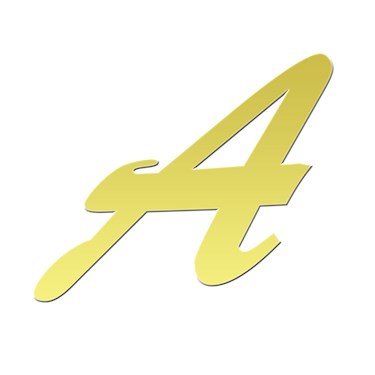 Traveljunkies in far away places. Yes that's us, Ann and Angelica.

Yes, we did a Bucketlist for 2019 aswell, so why not make it a tradition?

Last year we cheated by putting Madrid on the list, even though we had already booked the trip. But then again, I think we kind of jinxed last year's list, cuz we only made it to two of our bucket list destinations. We made it to Madrid and Edinburgh in Scotland. We didn't even make it to Copenhagen, and that's like a train ride away...

So first off is two of last year's bucket list destinations, that we're gonna leave on the list for this year as well. Maybe even a third... yes, a third, let's keep three. Here we go, Paris, New Orleans and Scotland are staying. Some of the other destinations that were on last year's list has kind of lost the priority and is no longer that attractive. Does that make sense?

We had eight destinations on last year's list, but this year we have shortened it to seven, which seems obtainable. And to make the list more obtainable, we shorten the number of destinations by one... Haha okay, let's just say this, we could have made last year's list for sure, life just kind of got in the way.

Of course, the ultimate bucket list is way longer than that, for sure. But if we don't stop at an achievable number, we're gonna go totally bananas. We have talked about it and to be completely honest, besides the destinations listed above, we are not totally sure where we want to go during 2020 ... do you?

We found this really cool post at our fellow travelblogger Litemerarosa and looking around we found out that Stadtillstrand had filled in the list as well, so hey, lets do it!

This post is about how many capitals you have visited whilst travelling around the world. And to be honest, we did not think that we had visited that many, but after reading our fellow bloggers posts we found ourselfs thinking "Hey, we've been there to!" This maybe a bit unfair, cuz this is our combined list of capitols, but then again, theres two of us writing on this blog and we both wanted to do the list. So lets see who of us has been to the most capitals, Ann or Angelica? Finland, Helsinki.
Oh yes, moste swedes has taken a cruiseship from Stockholm to Helsinki. And even though the cruise that we did to Finland together took us to Turku, we have both been to Helsinki before. But none of us have any digital photoes from our trips, sorry.
Angelica 1
Ann 1

France, Paris.
No, not yet, but soon. Maybe it shouldnt even be on the list, since we havent gone there yet, but we are going there at the end of may.
Angelica 0
Ann 0

Czech republic, Prague.
This was actually the second trip we took together, we both the trips as a christmas present for our men. And for us, haha :D The thing that we all loved the most was the Beerspa, for sure!
Angelica 1
Ann 1

Greece, Athens.
As you know, Ann went there to celebrate New years eve. Angelica had to stay behind this year, her little Baby J hasn't even gotten her first passport yet.
Angelica 0
Ann 1

Hungary, Budapest.
The best trip ever, this was a city we all completly fell in love with. Even though we visited during the later parts of autumn and the city was partly in a greish mood we all loved it, it was imply an amazing city with to much to do to make it through the city in a weekend. We are definatly going back there!
Angelica 1
Ann 1

Ireland, Dublin.
Oh yes, a bunch of us went there for new years 2018 and we sure had a blast driving around the wheelchair that Angelica was in at that moment of time, visiting the Guinness museum and seeing all of the stunning christmas decorations that filled the entire city.
Angelica 1
Ann 1

Italy, Rome.
Angelica has been wanting ti visit Rome and we have actually been talking about it, but theres nothing scheduled yet. Ann and her husband was there a few years ago on a weekend.
Angelica 0
Ann 1

Netherlands, Amsterdam.
Ann visited for a weekend of photography, she did a bunch of different model photoshoots.
Angelica 0
Ann 1

Norway, Oslo.
Did you know that Angelica actually lived in Oslo for a while? So why are there no images and blogposts one might ask...
Angelica 1
Ann 0

Scotland, Edinburgh.
If you have read our blog for a while, you know that Ann is kind of obsessed with this city right?
Angelica 0
Ann 1

Slovakia, Bratislava.
This trips was a long time ago, way back in the days...
Angelica 0
Ann 1

Spain, Madrid.
We loved this city, all four of us. Its one of those crazy weekends where you look back and laugh! :D We did not really see all of the touristy places, we were to buzy enjoying the nightlife.
Angelica 1
Ann 1

Sweden, Stockholm.
Yes, as we live about an hour from Stockholm, we can clearly say yes.
Angelica 1
Ann 1

United Kingdom, London.
We have both been, but never together.
Anglica 1
Ann 1

USA, Washington.
This was a trip taken about fifteen years ago. Anns brother inlaw was married in DC so they flew in for a weekend. Talk abot a blur and a jetlag. Nope, no digital images.
Angelica 0
Ann 1

As Angelica got pregnant, she knew that she would not be able to fly throughout her entire pregnancy. Most airlines (and doctors) will not let the mother to be fly in the late stage of the pregnancy. So of course that meant that I could not visit certain places around the world either. They were kind of on hold, reseved until further notice, or just until the baby arrived. Me and the boys were kind of banned from that part of the world.

Paris is one of those places. And its also one of the places that we thought would be a cool and easy city to bring the baby as a first journey. Strolling down Champs Elysees with a stroller, stopping by Cafe the Flores for a rose-flavoured macaron like a fashionista or having a romantic picnic with some red wine infront of the Eiffel tower. That kind of sounds like a parisian cliche right, but that all things you can easely do with a baby. Me and the boys were banned from that part of the world.

So guess what?
We booked the trip!

And you want to know the best part... Angelica is finding out right now, whilst reading this post! 😄 So, girlfriend, you better start practicing the french languge, cuz I've ordered you a trip - you're ordering me a glas wine when we get there! 😄